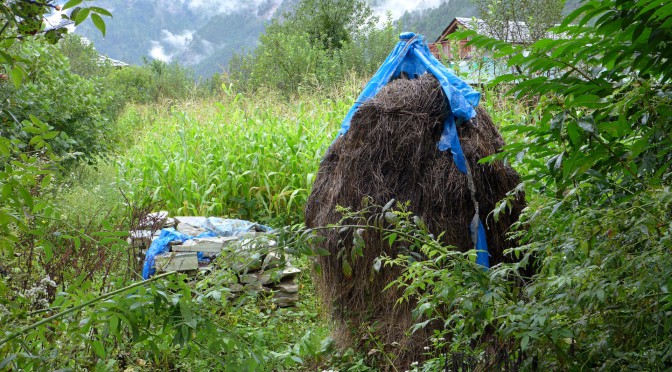 Spread out along the lovely Parvati River and with mountain views to the northeast, Kasol is the main traveller hang-out in the valley. It’s a small village, but overrun with reggae bars, bakeries, internet cafes and cheap guesthouses catering to a largely hippie/Israeli crowd, You’ll either love it or loathe it. Still, it’s an easy base from which to explore the forested valley or just chill out. The village is divided into Old Kasol on the Bhuntar side of the bridge, and New Kasol on the Manikaran side.
Read more: http://www.lonelyplanet.com/india/himachal-pradesh/kasol#ixzz3E3XObI8c

„Bang on the Manikaran road and some 37 odd kilometres from Kullu, Kasol is a backpacker’s paradise. Minimal population, jazzy restaurants and exorbitant liquor shops open till midnight keep the non-Indian culture alive there. As many natives would inform you that the reason is that there are so many ‘phoreners’, who don’t believe in having a fixed time for anything. Kasol is inhabited mostly by tourists from Israel which is why most of the hoardings are in Hebrew and the Israeli Shakshouka, a dish of poached eggs in tangy tomato gravy along with hummus and pita bread will definitely drown you in its’ rich flavours. The Israelis in India move from Kasol to Paharganj in Delhi to Goa with an elan as if each is in their neighbourhood. The place is also one of the base camps for Youth Association of Hostels in India that manages treks and rock climbing groups. More